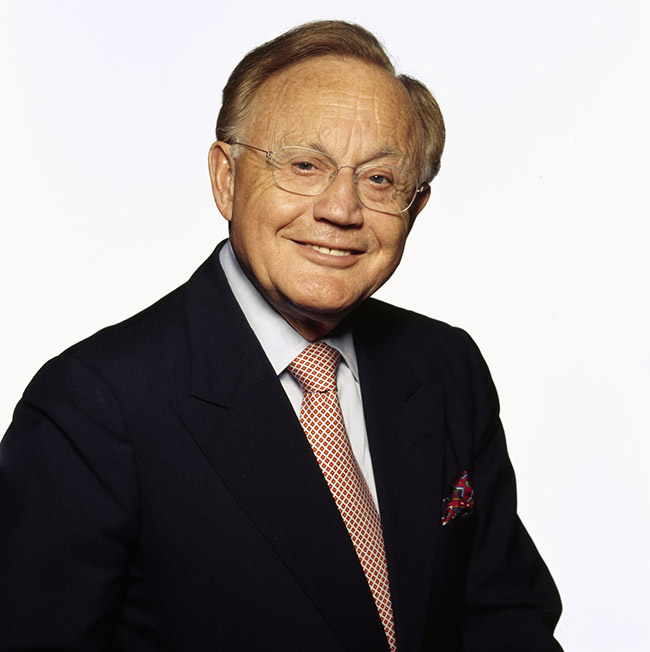 Legendary trichologist Philip Kingsley has died at the age of 86. Considered by many to be the leading expert on hair and scalp care, Philip leaves behind a long and hugely influential heritage which has had a major impact on modern hairdressing. Philip qualified as a trichologist in 1953 and has been past chairman of the Institute of Trichologists, attaining the highest honour as a Fellow Member. He made more than 1,000 TV and personal appearances in the UK and USA. Throughout his career Philip provided solutions to the most extreme hair and scalp problems, while also helping those who just want the best from their hair.

Philip’s passion for hair started when working at his uncle’s hairdressing salon when he was just 16. As his parents were unable to afford to send him to university, Philip started saving money to study at the Institute of Trichologists. Even at that early age, he recognised the profound psychological significance that hair has for both men and women and wanted to help. After graduating, he went on to open progressively larger clinics in London as demand for his services grew. This accumulated in the opening of his flagship Clinic on Green Street, Mayfair in 1968, and then New York in 1977. Starting with just five basic products, Philip’s clinic range has grown to over 50 bespoke formulations.

Due to his popularity, in 1997 Philip was asked to create a retail range for salon distribution. All based on his expert clinic formulations, it resulted in the first in-salon, trichologically driven hair and scalp range.

Philip was best known for creating the world’s first pre-shampoo hair masque, Elasticizer, in 1976, which he formulated personally for one of his most famous clients, Audrey Hepburn. The product is an international best-seller, with one being sold every two minutes. It has attracted a loyal following, which includes Georgia May Jagger and Natalia Vodianova. Philip’s trichologist daughter Anabel recalls the story of Elasticizer’s creation:

“While Audrey Hepburn was filming the movie Robin and Marian with Sean Connery, her hair was in terrible condition – flat and dry – because of all the styling and colouring the studio beauticians employed on set. Distressed, she went to see Philip Kingsley for help. Philip went straight to his laboratory and formulated Elasticizer just for her. The star was so pleased by how shiny and soft her hair felt, that she ordered pots and pots to be sent over to her home in Switzerland – and seeing its success, Philip brought it out as a permanent product in his haircare range.”

Philip worked tirelessly to research female hair loss at Mount Sinai Hospital in New York. He developed products to suit the needs of people undergoing chemotherapy and radiotherapy. He also set up regular donations to the breast cancer charity Look Good Feel Better, as well as the Royal Marsden Hospital for Cancer Research. Even at the age of 86, Philip was still working tirelessly to revolutionise the hair care market, and to bring reassurance and satisfaction to clients all over the world.

Speaking on behalf of all the team at the Philip Kingsley London clinic, clinical director, Glenn Lyons said: “Philip’s contribution to the science of Trichology was enormous, his continued innovation dedication and enthusiasm was truly inspirational. Qualities which we have been fortunate to appreciate and which have embraced us all. A mentor in the truest sense, always approachable for advice and guidance. All the staff are so deeply saddened by Philip’s passing.  As well as losing a professional colleague we have also lost a very dear friend.”

Philip is survived by his wife Joan and their daughters Anabel, a fellow trichologist and his company’s Director of Communications; Kate, a novelist; Sue, a pharmaceutical consultant, and Helen, a curator and archaeologist.

People from the worlds of trichology and hairdressing have been paying tribute to Philip.

“Philip Kingsley was the father of modern trichology, without his influence it is likely trichologists would still be looking down microscopes at hair rather than treating people with hair problems. His influence cannot be underestimated, he was a great role model”. Iain Sallis, trichologist

“I am very upset to hear of the death of Philip Kingsley, a man I admired enormously. He was a great Trichologist and a great teacher and I was personally very fond of him. I studied and worked under Philip for six years in his London and New Your clinics and they were some of the most enjoyable and educational years of my life. Philip was the kind of boss you could go to with a problem. He would give you the time, listen then give you his wise opinion and try is best to help. I’m very sad to know that such a man is no longer with us.” Tony Maleedy, trichologist

“I first met Philip when I was 14 years old when I consulted him regarding a scalp problem I had. He was the most knowledgeable person I had ever met regarding hair, and scalp issues, and the importance of how health has a major impact on the hair growth cycle. It was from that moment on I became fascinated with our industry. Thank you Philip for inspiring my journey. Trisha Buller, trichologist and hairdresser

“Philip Kingsley was a hugely respected icon and was without doubt the Godfather of trichology. He was so gentle, kind and humble, yet so incredibly talented and knowledgeable. I have always greatly admired Philip’s passion for trichology and he really was the font of all knowledge. As a young hairdresser he really did inspire me to research deeper into hair and scalp health, and was a major influence in my choice to train as a trichologist. Philip has done incredible work in raising the awareness and profile of trichology and his work over the years has undoubtedly changed many lives and will continue to do so in the future. His passing is huge loss to the hairdressing industry.” Robert Eaton, trichologist and hairdresser

“What a sad day. Philip Kingsley really was the Sassoon of trichology. He was a ground-breaking pioneer and made it more acceptable for people with scalp problems to talk about them and seek help and solutions. He was the first trichologist to link hair health with nutrition and his work really inspired me to study trichology. I think the hair world owes him a huge debt of gratitude.” Steven Goldsworthy, trichologist and hairdresser

“It’s such a sad loss to lose a true professional in the world of trichology, my deepest sympathies.” Trevor Sorbie